School award ceremonies are a bad idea, but you’d never know it by how many of them there are.

Of all the things people warned me about when I became a parent, no one mentioned the interminable end-of-year awards ceremonies.

As I’ve learned more and more about the way our brains really work, the more I’ve come to believe that they’re more than just annoying: school awards ceremonies are a bad idea.

The Reasons Why School Awards Ceremonies are a Bad Idea:

I’m not going to list them all (this article would go on forever), but here are a few of my top reasons.

I’m putting the most important (to me) at the end.

What We Should Do Instead

That’s my short answer. Let’s celebrate. All kids. All year. Here are some ideas to make that happen:

Let’s set aside this archaic, ineffective, probably harmful practice. Let’s discard the idea that acknowledging we care is saved for one day at the end of the year, and let’s celebrate all of the time.

Note: Sometimes I use affiliate links, which means that if you click through and buy something, I get a few pennies (to buy more books!). It will never cost you anything extra. 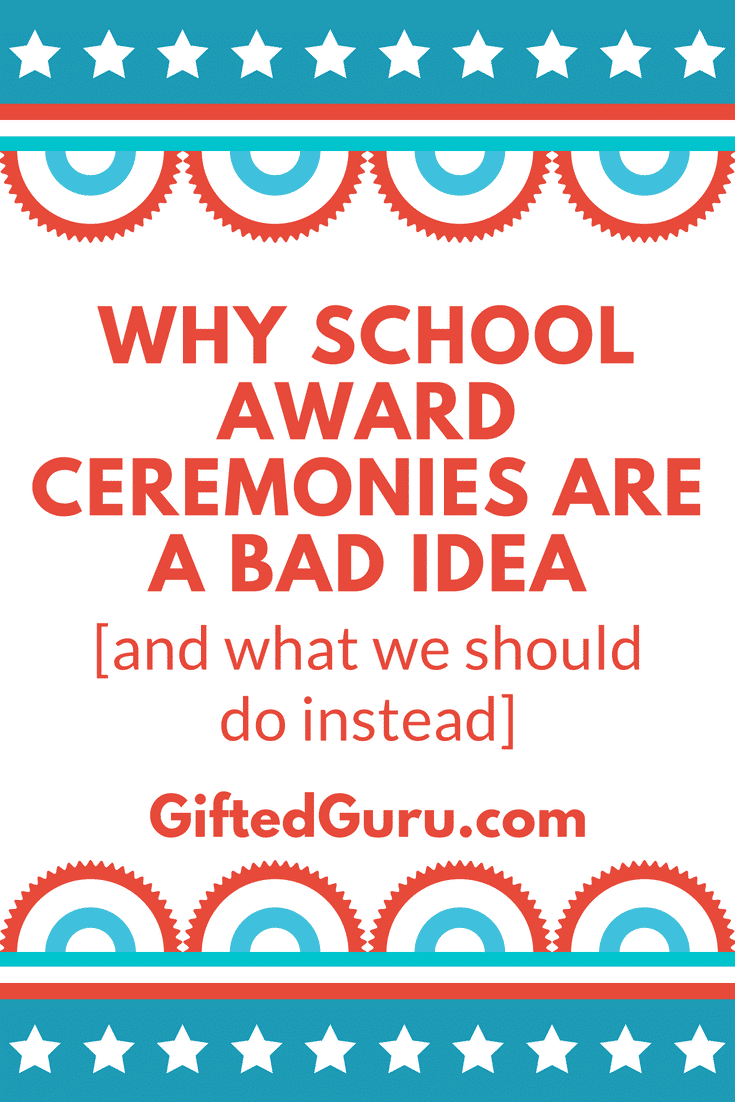 Share on TwitterShare on FacebookShare on PinterestShare on LinkedInShare on Email