As a teacher, one of the most important skills my students need to develop to have healthy relationships with their peers is to learn how to offer an apology. A mumbled, “Sorry” with the head down and the toe of the shoe scuffing the floor is not what I mean. A facetious, forced, blithe, […]

Look, I get it. We want kids to read. We want to avoid the dreaded “summer slide.” We want kids prepared for the work they’re going to have. But Friends, there’s a better way than packets and assigned tasks that go undone, leading students to start a new year behind and feeling either defiant or […]

“Summer afternoon—summer afternoon; to me those have always been the two most beautiful words in the English language.” – Henry James Well, Henry clearly did not live in North Texas where I do, but summer is magical, even in when it’s hot. There are some things kids should do to help make summer magical (and […] 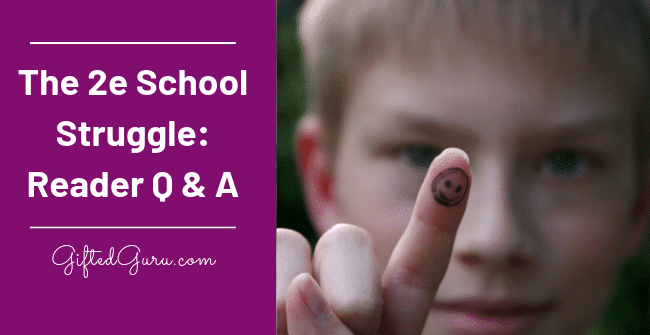 In speaking of the efforts of Britain’s Royal Air Force, who were then tirelessly fighting the Luftwaffe in the Battle of Britain, Winston Churchill said, “Never in the field of human conflict was so much owed by so many to so few.” School isn’t a war, but it sure feels like it sometimes, and teachers […]

I’ve written about the homework battle before, and I don’t mean to discourage anyone, but it doesn’t usually get better as the student gets older. Gifted kids frequently resist homework and have other executive function issues that lead to stress and mismatched expectations. Will someone please tell me again why people think we’re bragging when […]