Why There are Too Few Kids of Color in Gifted Programs 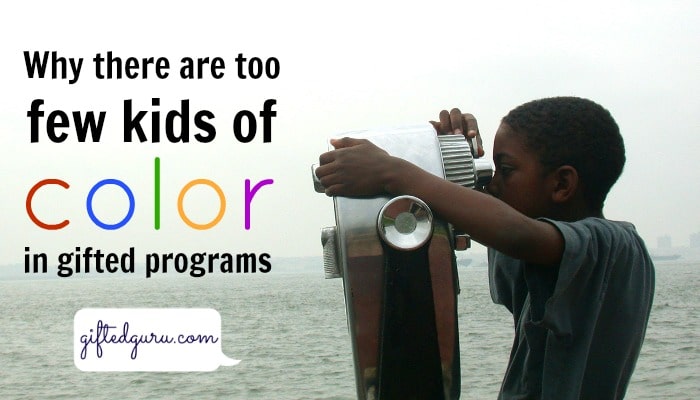 Children of color are underrepresented

The data is clear: children of color are underrepresented in gifted programs nationwide, even when we account for socio-economic differences. I read an article about the pervasively pale nature of gifted programs. Let’s speak what it is: racism.

The article focused on one young woman who faces stereotype threat from both communities (school and her race) because she is what society tends to think is rare: a gifted child of color. The article was about one particular school system, and the data isn’t pretty. The truth is that it is typical of districts around the country.

There are so many reasons, and they are deep. Let me share just one scenario. The old Stanford-Binet (I was born in 1966, and it was THE test for admission to gifted programs when I was young) was clearly racially biased. The images below appeared in the 1960 test. So, if I were a young black child taking this test in 1960, and I’m asked which person is more attractive, I can answer incorrectly (they say) and choose the person who looks more like me, or I can give the answer they wanted and internalize the idea that I’m not attractive. Bam! 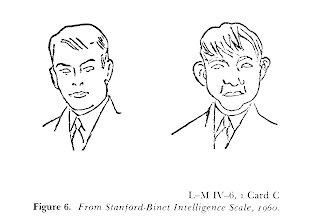 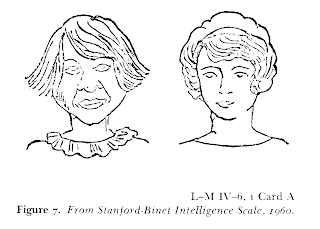 So let’s say I answer it incorrectly (along with other similar questions), and I don’t get into the gifted program. That means that even if I had high potential, it was not nurtured, so when I have children, even if I see the same sparks of intelligence I showed, I never assume that they may be gifted because they are like me, and I was told I wasn’t gifted. And so on and so on.

We do not yet have a level playing field with regard to giftedness, and we won’t ever have one until we start seeing ourselves as talent scouts rather than gatekeepers.

Kudos to Pioneer Press for addressing it well and head-on in this article.

Watch a video of the anthem, “Young, Gifted, and Black” here: