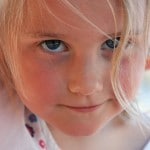 It is possible I’m going to offend people today.  I’m going to have to be okay with that.  Here’s my pet peeve du jour: A small but vocal group (note to self: examine phenomenon of how the most vocal and vitriolic groups are nearly always small) of parents of gifted children has hijacked bad behavior, called it “intensity,” and is wielding it as a weapon of mass annoyance.

Before you get too worked up, I am not saying that there is no such thing as overexcitability or intensity.  That’s not what I’m saying.  They definitely do exist, and some wonderful people like Lisa Rivero do a great job in writing about them.  Do gifted kids sometimes exhibit these behaviors?  Yes.  What I am talking about, though, is the yoking of the two ideas in a flawed logical syllogism: if a child is gifted, she may have overexcitabilities. Therefore, if a child does not have overexcitabilities, he cannot be gifted.  Or at least not as gifted as my child who won’t wear socks with seams.

The danger of this is muti-faceted.  First, we cease to expect acceptable behavior from children who are gifted if we attribute all misbehavior to high IQ.  We end up with ridiculous rationale like, “Oh, we can’t stop Johnny from jumping on the furniture because the fluorescent lights make him crazy.”  You know what?  Buzzing fluorescent lights make a lot of people crazy.  Some can tune it out, some can’t.  Please don’t have a heart attack, but gifted kids can behave in appropriate ways.  It’s true.  Giftedness does not equate with irritating and annoying.

Gifted kids can be downright pleasant, well-mannered, and a joy to be around.  That’s true for those with what we would describe as intensity or overexcitabilities.  Intensity does not mean a child is a brat, and we need to tease these things apart and face the truth: our kids, even our profoundly gifted children, have the ability to behave in ways that promote social success, even if the tapping of their neighbor’s pen is a constant irritant. 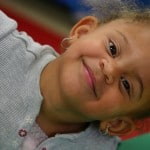 Second, if we connect overexcitabilities with giftedness too tightly, we end up with a sliding scale of giftedness in direct proportion to the level of overexcitability.  If a child isn’t bothered by a tag in his clothes, he is not as gifted as the girl sitting next to him contorting her shoulders to try to bite out the tag.  Life lesson: I have done this, and it does not work unless the tag is very long and sewn in poorly.  Learn from my experience.

Third, it can lead us right back to the pre-Terman days when people thought gifted kids were socially inept losers who couldn’t function in society and would end up delivering mail in rural Maine because they couldn’t handle close contact with mere mortals.  If we join the two ideas too closely, this is the inevitable and seriously undesirable result.

Fourth, it makes people dismissive of the issues associated with intensity because they become so entwined that its inevitability breeds apathy.  We start to think that we don’t need to address the intensity because its part and parcel of the giftedness, inevitably linked.

What is the bottom line?  Many kids, gifted and typical learners alike, exhibit behaviors or tendencies that fall in the “overexcitability” or “intensity” camp.  They are not gifted because of these behaviors, and the presence of them is not a diagnostic tool.  Nor should they be used to judge the intensity of the intellect itself.

Now I’ve got to go. The battery light on my computer is blinking, and it’s driving me insane.