3 Ways to Get Boys to Read Books about Girls 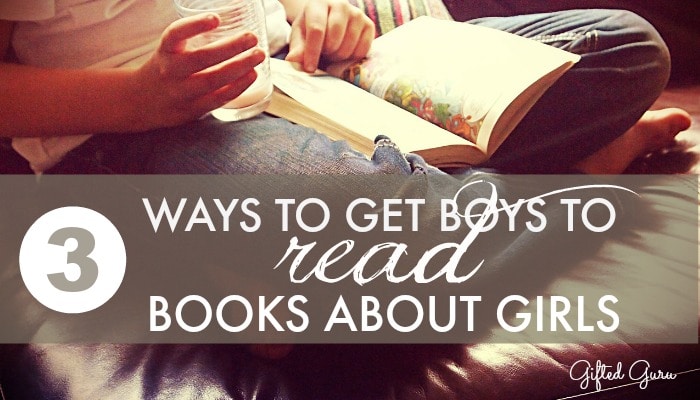 Don’t let that girl on the cover throw you: I’ve got three ways to get boys to read books about girls.

First, do boys resist books with female protagonists? It’s a commonly held belief, and if you look at BoysRead.org created by Jon Scieszka (I can actually pronounce that), you’ll see a distinctly stereotypically boy flavor (not a criticism – just an observation).

A New York Times editorial argues the problem is that books are currently too girlified. Spare me. About half of protagonists in YA fiction are male, 36% are female, and 15% feature both genders according to one informal study.

As the mom of all boys and a former English teacher, I’ve got three ways you can get boys to read books about girls without weeping, wailing, and gnashing of teeth (or bribes).

I have a fake nephew I’ll call Charlie. I love him so much, and I like to send him little goodies in the mail. For Easter this year, I sent him a small package with four books I’d loved as a child, with a post-it note attached to each one explaining why I’d loved that book. It did not occur to me to filter out the “girl” books. 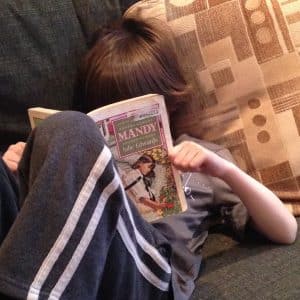 This is Charlie reading my personal fave as a kid, Mandy, by Julie Andrews Edwards (yes, that Julie Andrews). After he read it, his mom wrote me, “He absolutely loved it. He cried out of happiness. He was so moved [spoiler removed], he couldn’t tell us or his grandparents about the book without crying again.”

Charlie eats books, so there’s no need to lure him, but if there were such a need, the personal invitation and sharing of why the books meant so much to me would address that need.

What we have loved, Others will love, and we will teach them how.

In this way, we invite readers to connect with us by connecting with the books that formed and influenced us.

I cannot stand that boys won’t read books with girls as the main character. It is a stereotype but it’s unfortunately kind of true. My older one doesn’t want to read “girl” books but I just had him read Ruby Redfort: Look Into My Eyes, and he loved it.

And he will now willingly read the sequels.

Sometimes all it takes to get someone to come to the party is to send a sincere invitation.

JK Rowling’s publishers wanted to use initials instead of her name in order not to alienate male readers. Raise your hand if you think that Harry Potter would be unknown had her gender been revealed.

If you’re trying to get a reluctant boy to embrace books with female protagonists, start with a genre the child is passionate about. Allow choice – search reading blogs and sites like Goodreads to find suggestions. Better yet, ask a librarian.

3. Rage against the machine.

Resistance to books with female protagonists is not a congenital trait. It is learned behavior. It’s crazy for us as parents and educators to throw up our hands in surrender and say how sad it is without looking in the mirror to find the cause.

In her great article on this issue, Elizabeth Bluemle writes,

By accepting and perpetuating, pandering to, this mindset, we are basically saying — to ourselves, each other, the boys, and most damagingly, to girls — that it’s okay not to have in interest in the experiences of HALF THE HUMAN RACE.

Well, when you put it that way, Elizabeth.

For some reason, it’s easy on the ear and conscience to say, “My son doesn’t like reading books about girls.”

This is where I may lose some of you, but to my mind there is no avoiding the ugly truth that behind this whole situation is misogyny and homophobia.

It’s okay to say you don’t like girl books because it’s still okay to be dismissive of women. And we worry that boys who are too girly in any choice (dress, hair, and even reading) are, well, too girly for comfort. 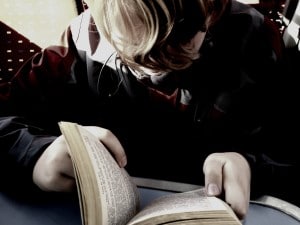 If this boy were reading a “girl” book, he would likely be teased, even called the names we call boys who society thinks aren’t masculine enough. Very few boys have the social standing to defend against that.

It’s also offensive to boys, in my opinion. It says that we think as a society that boys are so narrow-minded, such poor readers, such jerks, that they can’t even read a good book if it has a girl in it. Boys love good books, too.

My sons loved The Penderwicks,  A Wrinkle in Time, Madeline, The Secret Garden, and many, many other books that would seem “girly.” Apparently they missed the memo. And we can help all boys miss that memo.

Even if you don’t agree with the politically charged nature of that argument, please remain open to this idea:

It is up to parents and educators to change this dynamic, not simply try to work around it, although that’s part of the strategy (see steps 1 & 2). If we don’t break this dynamic in this generation, we are perpetuating the problem.

How do we do this? Here are ideas:

By following these three tips, boys’ reading vistas open. And isn’t that a good thing? 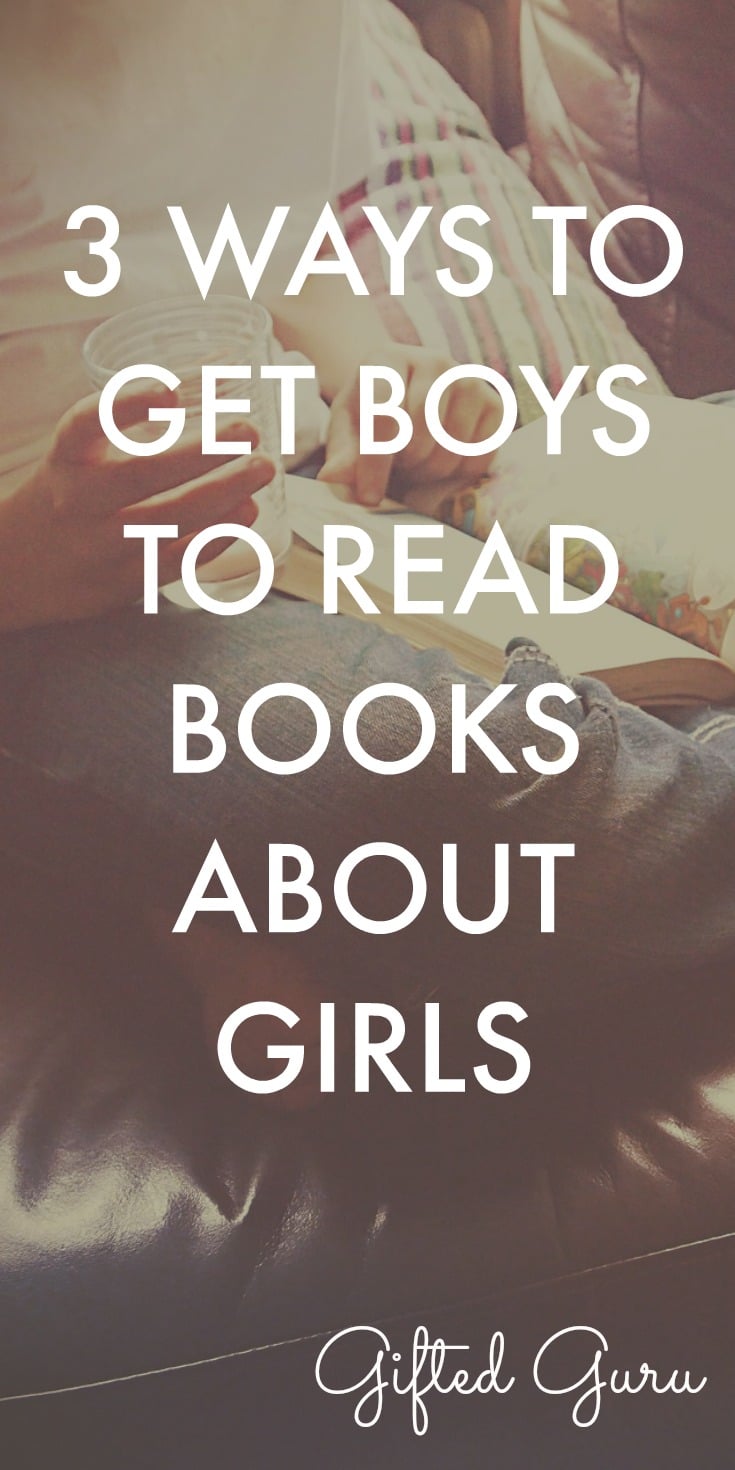